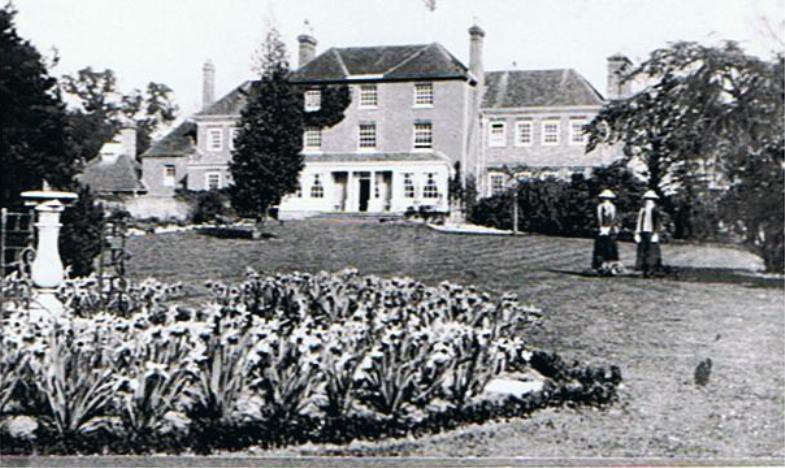 Homewood is identified in Tenterden by the Mansion. The house was built in 1766 in the
then fashionable neo-classical style as part of a
55-acre estate.

Today the Mansion is our main administrative building with a suite of offices for key operational areas including the Trust CEO, Homewood’s Principal, Financial and Personnel Departments, Examinations Office, Facilities Management, Community links and the Student Team. Visitors are usually greeted here, and there is a Community Room plus a Conference Room which is available for training and meetings.

All members of the school community enjoy using the grounds which were landscaped in the eighteenth century and include some spectacular trees species.

After some years as a military base in World War II, Homewood opened as a local secondary school when the owner, Lady Drury, made it available to Kent County Council following the post-war Government’s decision that all children should have access to a secondary education.

During the 1960s, Government funded further building works with C Block and a further extension to the rear of D Block. Rural Science was then a very popular option and the School Farm and Young Farmers developed a good reputation at the Kent County Show, one which they retain to this day.  Homewood is now one of a small number of schools which have retained their working farm.

In the 1970s, the Learning Resource Centre was built, a concept which was later extended and amended and eventually moved to the newly built Kirk Building (A Block). The school continued to expand during
the next two decades with new buildings added during that time. As the school developed its curriculum
to embrace the ideal of a truly comprehensive education, it became well known for its innovative approach to learning.

The original school hall has now been redeveloped into The Sinden Theatre, a resource for all our local community, with classrooms added to D Block in 1957, a theatre terrace added in 2012 and a full refurbishment just being completed in 2021.

In 2000, a significant grant from the Government allowed the school to further extend the buildings enabling improvements to provision for Music, Design Technology, Media, Art & Design and Science.
The school was awarded Specialist College Status for Performing Arts and the old buildings transformed into a community theatre with excellent practice rooms later added for Dance and Performing Arts in 2005. Sir Donald Sinden, our then Patron, took a lead in furthering our links with the theatre community and the Theatre team worked hard to work across the whole spectrum of performing artists.

Today we are recognised county-wide as a model of good practice for community involvement.
The new School Gym was planned to include a wide range of sports facilities and expanded two years later to meet the demand of the growing student body. A much-improved Dining Hall, offering a wide range of healthy meal options, replaced the old NAAFI style nissen huts which were our catering base for so many years. A children’s Nursery beside the School Farm was established to nurture the youngest local students.

In 2005, Homewood introduced a personalised learning agenda with an accelerated timetable and opportunities for a curriculum enabling students to sit examinations when they are ready to take them rather than by a fixed age. T Block was planned to facilitate a new style of Project Based, task orientated learning for Year 7 and Year 8 students and the school became one of the first in the country to introduce a 1-1 ICT device scheme for students.

In 2010, the curriculum continued to develop to ensure that all learners could access an appropriate pathway through the school to the Sixth Form. A new College system was introduced and the Project Based Learning approach was reviewed and enhanced through a range of partnerships, including with the Innovation Unit.  At this stage, our innovative I-College was developed.  The I College provides an environment in which students develop independent learning skills and have greater agency over the organisation of their own learning than in a normal classroom situation.  This has proved to be a model for other schools around the country.

The 1-1 device system moved into iPads, and more recently Chromebooks, so that all students in Years 7-9 now have their own device with access to home learning.

The school retains its Arts, Applied Learning and Rural Dimension specialisms and offers a very broad and diverse curriculum, spanning an impressive range of academic and vocational courses - a truly comprehensive education.

In 2011, Homewood was one of the lead schools in the establishment of the Tenterden Rural Alliance
– a collaboration with our local cluster of primary schools which has led to improved opportunities and outcomes for all students in the Alliance. Through this partnership, teachers have worked to deliver cross-phase curriculum projects and joint moderation activities, whilst sharing in joint professional development. The school has a well-established leadership development programme, open to all schools in the Alliance and beyond, which leads to nationally accredited qualifications. The Alliance has also been awarded a grant from the DfE to deliver re-training programmes for teachers wishing to teach Maths and Physics.
The Tenterden Rural Alliance is a member of the Kent and Medway Teaching Schools Network.

The move to academy status

Homewood School & Sixth Form Centre gained converter academy status in September 2011.  This was followed in 2016 by the formation of the Tenterden Schools Trust: a multi-academy trust to serve East Kent, which brought together Homewood with Tenterden Infants School and Tenterden Church of England Junior School (The Tenterden Federation), St Michael’s Church of England Primary School and Home Farm Nursery.

School facilities continue to be developed and improved. In 2018, this included adding an all-weather 3G pitch to our extensive sport facilities, which is used by both the school and the local community, and a new small animal care centre at the Farm.  A recent improvement grant from the Government in 2020 enabled refurbishment of many school buildings and some important upgrades at the Sinden Theatre.

Key developments for Homewood currently include reviewing the curriculum throughout Key Stages 3, 4 and 5 with a view to improving the school's offer even further to help ensure high ambition and to better meet the needs and aspirations of the students.